Texts in user interfaces should be short and clear. Short texts save reading time. Clear texts lead to fewer mistakes. Editing methods described below can help with that.

Use simple sentences: one idea per sentence.

This way the same meaning can be expressed with less words. Compare:
Those resources that are available locally → Local resources
Maven has to use → Maven uses
The use of a secure connection is required → Use secure connection

Words like general, advanced, and options do not add useful information and can be removed with no harm to the meaning:

No meaning is lost after removing group headers “General” and “Options”.

Some generic words cannot be removed. They can appear in actionable elements like buttons, checkboxes or links. Or removing a group header could break a dialog layout. In such cases, use a more informative label instead:

The link “Learn more” does not explain what useful information could be there for the user to click it.

Remove verbs that explain the function of a UI control:

Text boxes are made for input — an explicit instruction “specify” duplicates the meaning expressed by the text field. Additional information can be given under the field — see Context help.

Remove words with a meaning that is already expressed in the label:

Do not address the user

A user interface is for a person who uses it. Addressing this person is unnecessary because they by default perceive the text they see as for them:

The whole phrase after the comma is not needed because its meaning is already expressed by the verb “configure”.

If the repeating word appears in element labels, move it to the beginning. Finding a setting becomes faster as you scan only meaningful words:

Translate from tech to human

When you make a feature, you know how it works from the inside and can describe it from the implementation point of view:

A person not familiar with implementation details won’t know what the Automatic indent options detector is, why file’s indent options have been overwritten and what indent size=2 means. Translated to the “human” language, the message reads:

Always write UI text from a user’s perspective. Avoid technical terms, jargon and descriptions of inner logic that a user might not know.

After writing a UI text, imagine seeing it for the first time and try to understand what might be unclear or confusing. Then correct if necessary.

For a first-time user, Enable File Colors enables or disables the other two options (but it does not). 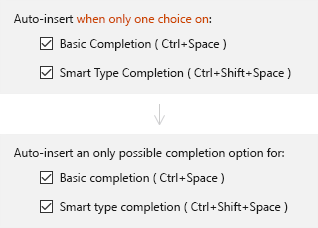 Before: The title can be read as “Auto-insert when only one checkbox is on” making you ask how does it work when both checkboxes are on. After: Replacing choice with completion option makes the title unambiguous. 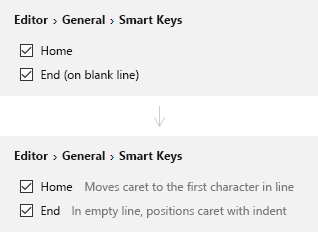 Before: What do smart Home and End keys do? What do they do if they are not smart? After: Added text explains what the options do so that the reader can make an informed choice. 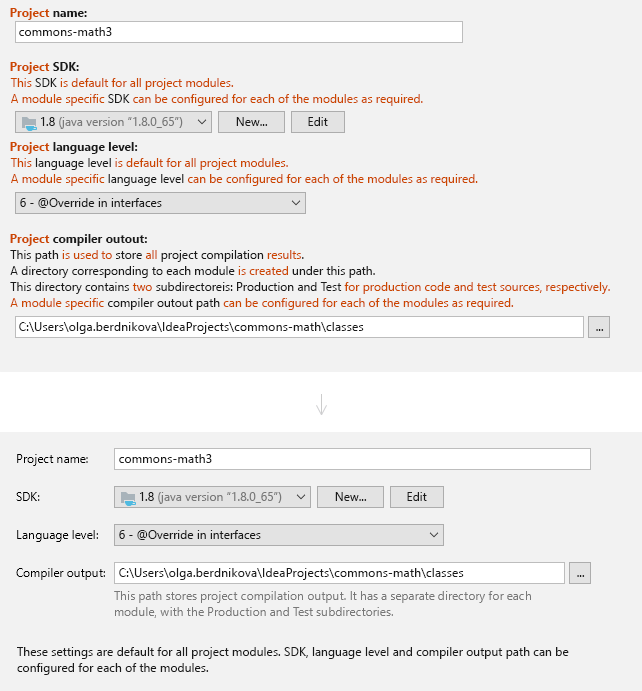